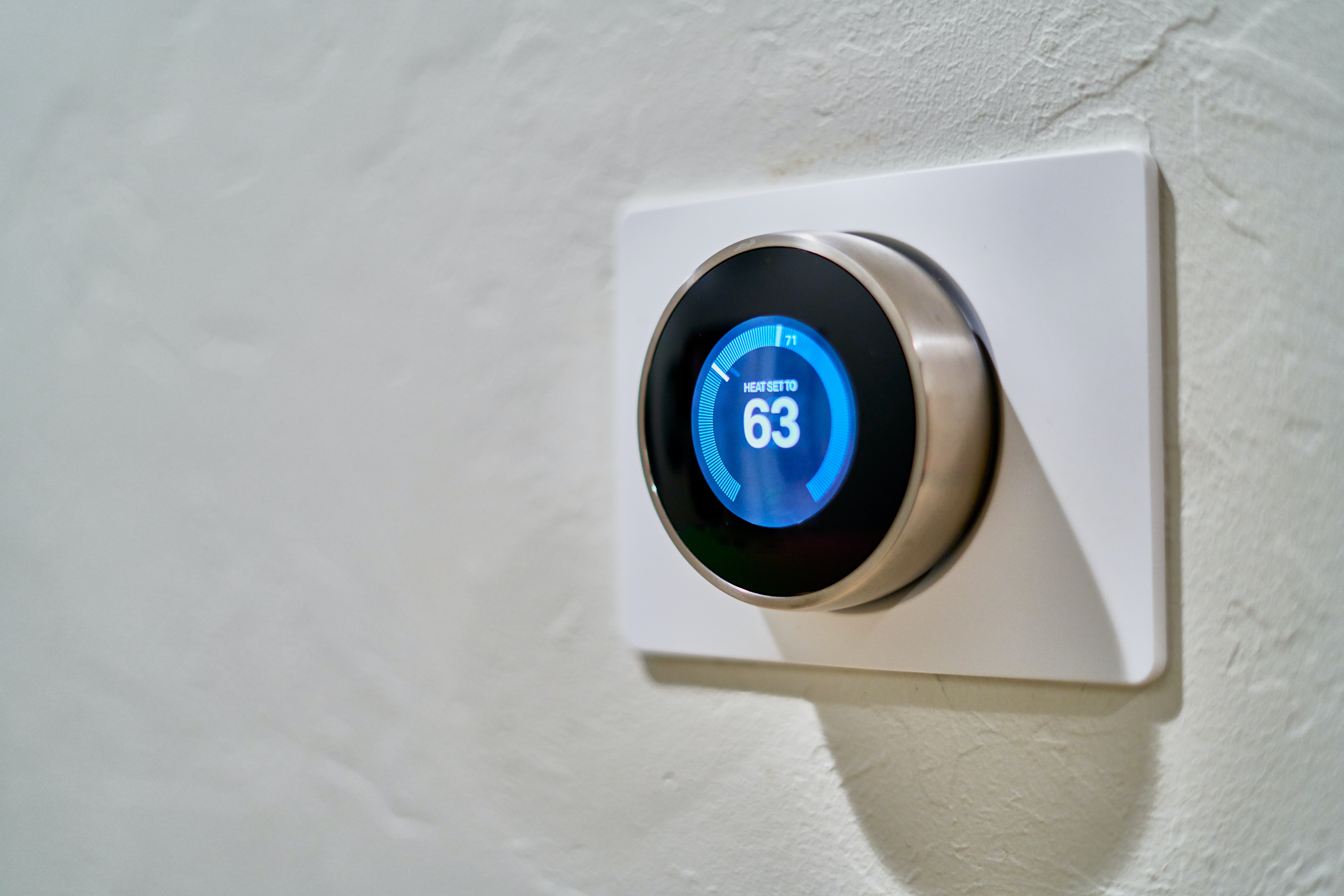 What Is a Smart Home? A smart home refers to a convenient home setup where appliances and devices can be automatically controlled remotely from anywhere with an internet connection using a mobile or other networked device. Devices in a smart home are interconnected through the internet, allowing the user to control functions such as security access to the home, temperature, lighting, and a home theater remotely.

2021 in the rural countryside of Germany. The elections in Germany are about to happen. After Donald Trump won the US elections in November 2020, he completely changed the constitution und built up his totalitarian regime.
American companies who still had any associations with global players, now needed to support Trump in his world power ambitions. Amazon, Google, Apple, Facebook - the entire "GAFA"-network was now under control of Trump and his team and from now on needed to share their data sets and work together.
It is the election day - and Maik, who lives on that countryside, still doesn't know what to vote for - or if he wants to vote at all. He used to vote for the CDU, German's central conservative party.
While he is slurping his morning coffee , Alexa friendly reminds him for the election today.
But Alexa knows what kind of person Maik is. He likes big cars, motorbikes and his dog. That is his identity and while he is still critical about the refugees, Germany accepted back in 2020, as long as nobody tries to destroy his identity he would have no opinion on that.
During the day, Alexa kept on reading out loud controversial tweets, fake articles and texts from the qAnon network. About green party discussing a motorbike ban, the democrats discussing a dog tax - and refugees allegedly broken into houses just a few streets away - all of them tailored to him and his identity with the clear ambition to make him angry.
In Berlin, Jennifer, who just installed her Nello smart lock is hyped for the election. She is convinced green party voter and stands for progression and sustainable changes.
2 hours to go, Jennifer got ready for her vote and was just about to leave.
Suddenly, Google Assistant asked her "Where are your going? Your fridge is filled, it is raining outside, no Tinder date today, the election is cancelled - I see no reason to leave the house!"
Jennifer was puzzled - "Election cancelled? Are you joking?"
Jennifer decided to leave anyways. But wait - the Smart Lock who always opened the door when she was leaving did nothing today. Jennifer was locked in and didn't manage to place her vote after all.
Back to Maik, 1 hour before the poll stations close, he had heard enough. He leaves the house and votes AfD, the far right party. And so did many more "concerned citizens", that would never have voted at all but got persuaded by their own "smart" devices - the devices they fell in love with during the pandemic - their digital friends that always had an open ear in moments of loneliness.
We came to realize, the smart home, as we knew it came with major design flaws. Hardware created by different companies, growing dependency on ecosystems (vendor-lock-in) - tracking of our most intimate moments. Controllable by one single entity from remote.
We awarded this technology with such a high level of trust - but after all, billions of devices world wide were in the hand of one person.
2022, a group related to Anonymous teamed up to build the next generation decentralized, federated and encrypted smart home network. A network without owner, where the users would be in charge again. A network that would interconnect different households .
A network that would be designed for humane needs, to go far beyond gimmicks such as rgb light bulbs or electric curtains.
A network, that would detect any trace of divergence of individuals in our society and do its best to make neighbors help these people.
A smart home, that connects actual life patterns, fridges, commutes: to re-connect people and their houses, not only devices in individual houses after the global pandemic / crisis.

"Maik, Your fridge is only seeing classical eastern German food. Your cultural exploration index is below average. That's not very good for your health, nor open mindedness - Your next dinner is scheduled today at: "Refugee hub" - "let's give your Arabic a quick refresh so you're well prepared for the Lebanese Shoarma language tandem"

"Your car didn't move out of the driveway for 2 days - why don't you share your car with others? It would save you shittons of money, you meet new people and make them happy"

"Maik! Your neighbor Marie just left with her car to the supermarket - do you need something? She is open to cook something together today as well."

"Jennifer - your crops are ready! But you are going on vacation in 1 week - should I distribute them among your neighbors?"

"Jennifer - you seem to be preparing for work today. Jason from the block nearby just finished his shower is going the same direction, approximately at 8:30am - do you want to join him on his commute?"

❓
- Is it only me or is the Smart Home of 2020 just devices connected to each other? Why would they need to be connected to the internet? Didn't we have remote controlled lights, fans and curtains in the 90s already? - How can we increase the level of trust towards smart home, when cases such as security flaws in smart locks are still h?
🥙
More content? Check out the entire blog 😎