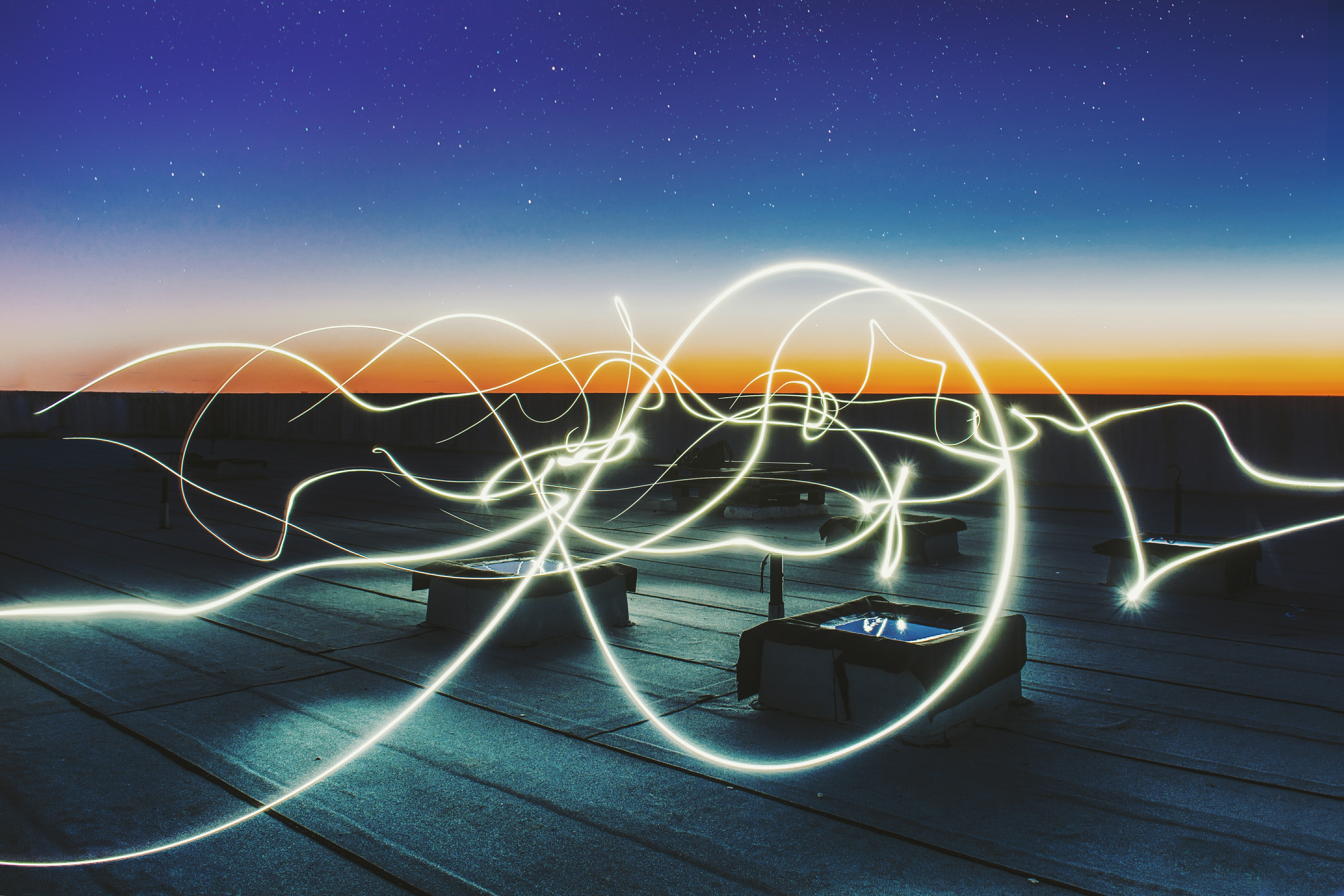 What if we had to shift paradigm and design within “energy budgets” – a given maximum of energy consumption for the services we design?

"Just because our work is often intangible, it’s not without environmental consequences. The internet is a major polluter" - Shopify

While major tech companies like Microsoft are already working on “workarounds” addressing the reduction of carbon footprint in their data centers - e.g. by making use of lower temperature levels in our oceans with underwater data centers, this would most likely not solve the actual problem, that todays technology just by fact makes a huge amount of today’s energy consumption.

Is this really the case?

Looking at today’s emerging technology, such as blockchain where its debutant “Bitcoin” is estimated to consume just as much as the country Switzerland and would grow with the amount of users, news lines like this might come shocking to some of us.
When we however try to understand, what this technology in particular was created for, we might apprehend that we after all might be heading in a good direction. A world, in which the meaning of data centers managed by centralized parties (such as Microsoft Azure, Amazon AWS/S3 gets diminished by decentralized nodes (computers) owned by the users themselves. A world in which the user again becomes in charge of its data and grade of participation in an ecosystem.

Google Photos had become a popular way to backup photos from mobile devices. It is easy to setup, but potentially comes with a huge carbon footprint. It is not just about photos and videos stored on server farms in general, but also duplicate photos not being deleted.
Google is aware of that and only made it free to backup “high quality compressed photos”. This raises general awareness on larger files causing a higher impact in some way. If users want to backup full quality photos, they would need to pay for that after 100GB.
Users need to be made aware however that saving data in the cloud cannot be free under any circumstances. The company has operational and financial effort with the users' data. Either the user pays with his data or e.g. decides to use e.g. fully encrypted paid services.
In the case of Google, you can clearly see they already designed their service "Google Photos" with their energy / storage budget in mind. There might be a certain amount of value each customer brings (e.g. by ad revenue that is based on the categorization of user groups by processing the data left by the user (such as browsing behaviour, photos that are used to train the Google vision AI...).
Google is always a trade game: Your Data in exchange for a service. If the value of your data falls below their costs, they will charge you for that.

How would that influence the design process? What new skills and considerations should UX/UI designer’s take on?

When it comes to processes, In 2020, many of us stopped commuting on a daily basis, moved from sticky notes to digital real time collaboration software running on some server farms. While we might have reduced our physical carbon footprint, we probably now spend plenty of hours longer per day with our digital devices. In this phase this was one reason I started (re)connecting with nature again and include more "nature deep dives" in my days, where I would spend hours outside - with the clear objective to explore, feel the nature and get inspired for the work in my digital bubble. I would highly recommend everyone to include "leave the house"-phases in your design process.

The products we create

There is already a certain level of awareness happening - especially in the world of IoT, where now different devices interact with each other - possibly in a wireless manner. Why would each of these devices require its own power source, when the conventional light switch doesn’t. Why would I need to throw away a wireless light switch after the the 5 years life span of their lithium ion battery?
Philips designed its Hue power switch which takes the power of the Kinect energy generated by a button press to power the device itself.
Although this is rather an example on how industrial designers coped with the given challenges, I think this mindset could be applied to how UX designers think just as good.

What happens, when you press the light switch? You generate energy to gain access to a desired feature.

I think that this would work in digital products as well: Take these examples:
➡️
The idea is design for a harmonic connection of humans and the planet. Compensate digital footprint by physical activities

What is / could / should be the role of the UX/UI designer in such a shift of paradigm?

I see us UX designers not only as communicator between users and developer who do a "demand analysis" with users to understand what they really want.
As a UX designer, we are innovators. People, who stay up to pace with the technological changes and together with the developers find ways to simplify and minify the payload of the products we create.
❓
In which ways do you apply sustainable UX design today already? (E.g. when doing frontend development I shifted to modern web technologies (using SVG / PWAs / modern video codecs) and always trying reduce amount of connections / transferred amount of data per user/session)
🥙
More content? Check out the entire blog 😎
📡UX & Technologies blog
Table of Contents